A number of projects have slowly been taking form and this year will be a very busy one.

Njáls Saga got implemented and restaged in February, with the joint direction of Svante Aulis Löwenborg and myself. The crew was the same. There were two shows in Oslo and four back in Gothenburg, at the good old Cinnober venue, where it sold out a couple of evenings.

Object of Terror had two prestigious performances, one at the Elb Philharmonie in Hamburg, with the NDR Kammerorchester, on February 10, and at the Walt Disney Hall in Los Angeles on April 12, with members of the LA Phil. Conductors were, respectively, Jonathan Stockhammer and Daníel Bjarnason.

The recording of Orgoras Speaks, made at the WDR in Cologne in 2009, was made public on Youtube, with a video featuring images by artist Sigga Björg Sigurðardóttir (Orgoras video). This piece will furthermore shortly be released on a CD with a couple of other recordings the Zelinsky/Smeyers duo has done as soloists. The CD will be edited and distributed by the German Neos label, which has been building up an impressive catalogue.

My big choir piece, Elsku Borga mín, is being recorded in May and is to be issued as a small book containing the CD, a USB key with the 5.1 version (very appropriate for this piece) and the video by Jeannette Castioni, together with some articles about the piece and its background. Hopefully all this will be ready in October 2017. The project has received some funding, among others from the Iceland Academy of the Arts.

Since a while back I have been planning to stage my children’s music theatre piece, Play Alter Native, on a text by Finn Iunker, in Icelandic. We are getting closer to this goal, and this should happen in some form in the town of Hafnarfjörður in October this year. There will be more news of that in due time.

It seems the news section is missing a report from 2016. I don’t know if this has to do with my being appointed professor at the Iceland Academy of the Arts from August 2016. I have been dedicating quite some time to writing articles, and my musical output has temporarily diminished. However, my post is not full time and a number of revised and new orchestral works should be slowly but surely pouring out in the following months.

My new stage work, Njáls Saga, was premiered at the Cinnober Theatre in Gothenburg on September 27.  It is a continuous voicescape which makes use of Ludvig Uhlbors' transcription from the homonymous mideval Icelandic saga.   In the version now on stage the duration is just over an hour.

During the later working stages some changes were made to the production team so my previous news-post on this matter is not exact.  The final layout of the production team is as follows: Text, scenography and costumes: Ludvig Uhlbors; Lights: Svante Aulis Löwenborg; Music, libretto and stage direction: Atli Ingólfsson; Sound and music performance: Anton Svanberg.  On stage there were: Árni Bergur Zoega, bass, Fabian Silén, baritone, Martin Alexanderson, baritone and Örnólfur Eldon Thorsson, tenor.

I guess the big news here is that, besides the music and the libretto, I was responsible for the direction.  A first time for me, but an experience I would be ready to repeat.  The piece will be staged ten times until October 18.  Some guest performances in other cities are being planned but no confirmation can be given yet.

I am very grateful for the great work all those involved have done and special thanks go out to the organiser and producer Svante Aulis Löwenborg who, together with Anna Forsell, co-director of Cinnober Theatre, made all this happen. 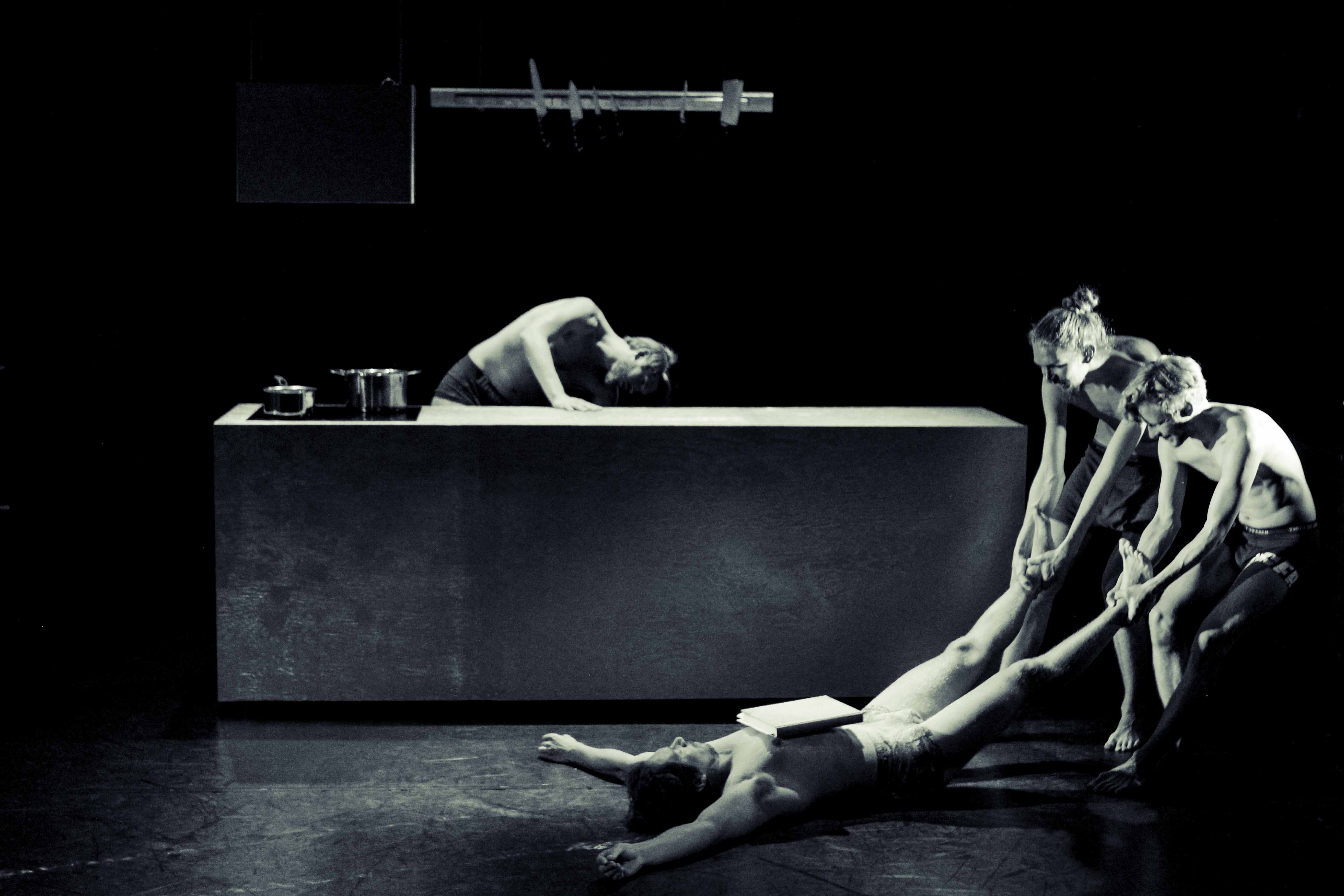 My third music-theatre production in collaboration with Cinnober Teater in Gothenburg (www.cinnoberteater.com) has been programmed in Gothenburg on September 10. The subject this time comes from Njals saga, the greatest of the mideval Icelandic sagas, through the text of Ludvig Uhlbors. Stage direction will be in the hands of Svante Aulis Löwenborg and scenography will be made by Tormod Lindgren. There will be guest performances in Oslo and Reykjavik, but dates have yet to be established.

This work is written for four male actors, an acting sound conductor and electronics. The composition is under way, hard but extremely enjoyable work.

The idea to do the piece dates some years back and the first work on it was done quite some time ago but in the past months it has taken all of my time.

As I already announced my new violin solo Idioclick was premiered November 25 by Sif Tulinius and I hope to make some sound samples of it available soon.

For the sake of entertainment I thought I might present here the link to the performance on Icelandic television of a fugue I composed on the theme of a popular Icelandic hit (by Ragnhildur Gisladottir).  The pianist is the brilliant Vikingur Olafsson, the same as premiered my concerto in 2014.  https://www.youtube.com/watch?v=ItlH0PREv2Q

A video from my 2012 profile concert has been made available on YouTube.  It features Áshildur Haraldsdóttir and Benda percussion trio performing Donec Vesper II, a piece originally from the distant 1996.  I believe the volume has to be turned up for a better timbral definition.  Here is the link: