It is probably fitting to begin by giving news of the recording project of Elsku Borga mín announced in the last (rather distant) news post (see news 2018). After innumerable studio sessions with groups of singers and solo voices, it is finally completed. The recording has been mastered at Stúdío Sýrland and awaits the right occasion to be issued together with the related collection of articles and the video by Jeannette Castioni. This publication is a reaction to the general devaluation of recorded music we are experiencing around us. The idea is to issue not only a recording but a set of texts and visuals making up a whole world of poetic, esthetic, theoretic and visual connections one can delve into in relation to the listening experience. It is an attempt to rediscover a certain perspective, or necessity, in the act of listening; something which has been shrinking for the past twenty years.

My time has been mostly dedicated to organising and editing these recording sessions, besides heading the MA programme in composition at the Iceland University of the Arts (since autumn 2018). I can all the same give news of a number of noteworthy events. The double performance of Messaggio dal vetraiofor violin and sextet came about in July 2018 (see last post) and this piece was then featured at a concert at the Shanghai conservatory played by Norio Sato’s Tokyo based Nomad Ensemble on October 7 that year. It was also a great experience to hear Sulphur Pulse again at the Darmstadt Summer Courses. The group —part of Christian Diersteins class — was prepared and conducted by the excellent Håkon Stene.

Jónas Ásgeir Jónasson gave a brilliant performance of Radioflakes for accordionin the Salurinn concert hall in October 2019, having played it also at his graduation concert from the Royal Danish Conservatory. On top of that, he has now done a beautifully sounding recording of it which will presently be issued on a solo CD he is working on. Radioflakes was also on the graduation programme of Alina Dzieciol at the Franz Liszt Academy in Warsaw. She furthermore did a thorough analysis of the piece in her final paper.

I participated in Susanne Kessel’s gigantic “250 piano pieces for Beethoven” writing her an atloid, namely atloid 104: lascito, a little meditation on resonance. She has recorded it and made available on BANDCAMP.

Just before the outbreak of covid-19 I managed to attend a very enjoyable concert at the Düsseldorf Tonhalle. I was asked to curate a concert of Icelandic music in the “Na hören Sie mal” series of the Notabu Ensemble conducted by Mark-Andreas Schlingensiepen. It took place on March 8, a programme constructed around my Orgoras Speaks, where the clarinet duo Zelinsky-Smeyers once more showed their incredible talent in an altogether memorable performance of this piece (of which the studio recording is still available on CD).

On June 22, there was a welcome new performance of my saxophone solo, Brain Trill, with Rolf-Erik Nyström, its originator, at an event called Oslo Solo’s, organised by Oslo Sinfonietta amidst all the restrictions in vigour this summer. I heard a recording of this performance and it just confirmed my opinion that Rolf-Erik is one of the very best sax players out there.

I had long since planned to record my atloid 601for four hand-bell players. I finally organised a session with the Reykjanesbaer Bell Choir, led by Karen Sturlaugsson. These young people showed excellent skills and stamina and our version of the piece will last around 50 minutes. A part for microtonal lapidophone remains to be added to this recording and the completed work will hopefully be ready by mid 2021.

To conclude this rather lengthy news post, I can announce the completion of a volume of ten choir works from the last years. These are original compositions and arrangements I grouped together, corrected or modified some, wrote introductions to all of them. I guess it’s part of being an Icelandic composer, a homage to the local choir tradition comes naturally. Needless to say, these pieces are all on Icelandic lyrics and the volume is exclusively in that language. The title is Tíu lög fyrir góða kóra (in English: “Ten songs for skilled choirs”) and it should be printed by December. Here is a preview of the cover.

The preparation of a complex publication containing the multi-track recording my choir work Elsku Borga mín, the related video work by Jeannette Castioni and a series of articles around the subject, is well underway. It will be curated by art historian Margrét Elísabet Ólafsdóttir. It has received the support from the Iceland University of the Arts and a number of other institutes, as well as the generous support of private donators during the crowd funding effort at Karolinafund. A video about the project (in Icelandic) may be viewed here.

I am just about to start the complex mixing process - there are just a few recording sessions left. We were hoping to publish by mid October, but there are many factors which might delay this. We will just proceed patiently until we have a ready product and something the donators deserve.

The violin concertino announced in the last post is about to be premiered, on July 7. The solist will be Marco Fusi accompanied by the Caput Ensemble. I have to take back the words on a "new direction" from my last post. I have been working on such a thing, but decided it needed more time. This time it will "only" be an ordinary piece, based on the violin solo Etching extended and arranged. The title of the new piece is in Italian: Messaggio dal vetraio, scored for flute, clarinet, percussion, viola, cello and contrabass, along with the solist. It's just about 12 minutes and I look very much forward to hearing it.

On July 20, at the Darmstadt summer courses, the percussion class of Christian Dierstein will perform Sulphur Pulse. I was very happy to receive that news since I haven't heard that piece for a long time and never had a recording of it.

A couple of events announced in the last section have happily taken place:

Orgoras Speaks came out on a CD from Neos, together with works by Adriana Hölzsky and Nikolaus Brass (Neos 11708). 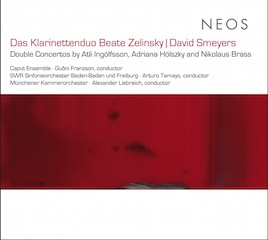 The Icelandic version of the music theatre piece Play Alter Native (text by Finn Iunker) was staged on October 7 and 8 in Hafnarborg, the arts centre in the town of Hafnarfjordur, next to Reykjavik. In my translation the work Is called Annarleikur. I was extremely happy with the collaboration with the performers: The youngsters in the Reykjavík Girls Choir, their leaders Sigrídur Soffía Haflidadóttir and Gudrun Árný Gudmundsdóttir, actors Arnór Dan Kristinsson and Álfrún Örnólfsdóttir, baritone Jón Svavar Jósefsson and the ensemble: Anna Petrini, recorders, Kristín Thora Haraldsdóttir, viola, Katie Buckley, harp and Frank Aarnink, percussion. The show was sold out on both days and we really hope to be able to repeat it sometimes in the near future. 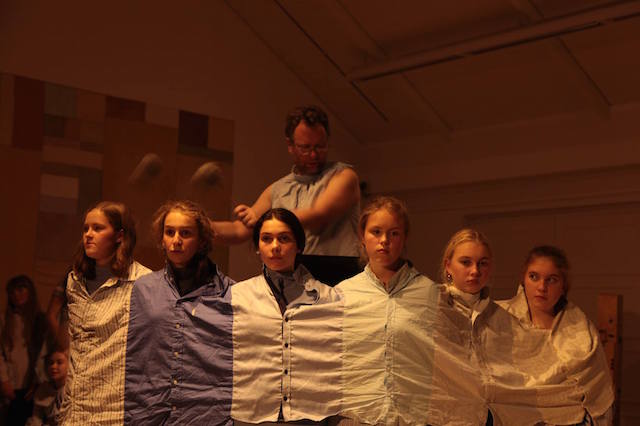 I got the news that the Freiburg based ensemble recherche will be performing The Elves’ Accent in Hombroich on May 19th next year.

Pregnant is due to be issued on CD soon next year, performed by Ensemble 20/21, and two choir pieces are coming out in Iceland this month (November 2017), namely Vid gaefunnar dyr and Eg veit eina baugalínu, both of them based on traditional tunes, although the former is by most standards my own construction. This will be on a CD produced by the highly professional Kammerkór Nordurlands (Northern Iceland Chamber Choir).

I don’t know if CDs are going to remain a relevant form of distribution, but good recordings with a carefully edited booklet are certainly precious, and I am fortunate to have these three brand new recordings available within a while.

I have started work on a new chamber piece, a commission for next summer’s Skálholt Music Days. It is written for the solo violin of Marco Fusi and the Caput Ensemble. Premiere sometime in June. I will have to give more news of the project of this piece since it is conceived in a particular – dare I say…new? – way. Further details will have to wait.